The cost of replacing a windshield depends on more factors than you can shake a stick at. Let’s jump into them right away.

First, it depends on the make and model of the vehicle, of course. Two actual properties of the windshield determines its cost: the size and the technological complexity.

Size is easy to understand – other things being equal, you will pay much less to replace a Ford Aspire windshield than for a Land Rover because you’re buying (much) less glass.

Complexity of a windshield plays a big part. The later and the more sophisticated the vehicle’s model, the more technologically advanced the windshield, resulting in higher cost.

Technological complexity includes windshield curvature and built-in attachments such as those for rain, heat and light sensors, integrated mirror attachment, antenna mouldings, heated glass, hydrophobic coating, and more. These accessories and refinements increase a windshield’s cost. In general, you will pay less to replace older and simpler cars’ windshields.

—And Yet More Factors 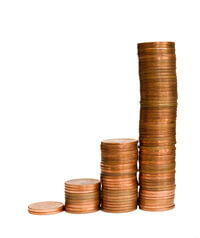 Next, even your location will play a part in how much you will pay. It’s not only groceries that are priced differently depending on area! If you live in the U.S., the exact same windshield replacement will cost more in Chicago than most anywhere in New Mexico.

Some cars’ windshields are notoriously difficult to replace and require two technicians to do the work, such as those for some Porsche models. This drives up the labour component of the total bill.

Lastly, the price depends on whether you choose an ‘OEM’ or an ‘Aftermarket’ windshield; a more appropriate division would be ‘Same-OEM’, ‘OEM-Aftermarket’ and ‘Third-Party Aftermarket’. A Third-Party Aftermarket windshield will cost considerably less than the first two types of windshields but it will also not be of the same high quality and may even be an inferior product that may end up costing you far, far more than what you save by buying it.

Regardless of which kind of windshield you choose, most reputable windshield replacement specialists or car shops will advise or even require the use of OEM adhesives and sealants which are more expensive. Skimping and opting for other adhesives or generic polyurethane/urethane may save you money in the short run but it is a dangerous option. An improperly bonded windshield may not be airtight and in case of a collision could even come loose.

The bill you are presented with will be for the windshield itself, the moulding kit and labour. You will be charged an additional ‘disposal fee’ of around $10. This is for safe and legal disposal of the damaged windshield. If you opt for at-home replacement, $20 to $40 will be added to your bill for mobile service.

A Real-Life Sample of Prices

Let’s look at windshield replacement costs for a representative sample of some popular makes and models. Prices are for the area surrounding University Park of Dallas, Texas, as quoted by two different automotive glass shops. Where two prices are shown, the first is from a high-end speciality replacement service and the second from a mid-market auto glass shop. Both use one or another type of OEM windshield. Dealer-installed Same-OEM windshield prices will always be the most expensive, from $100 more to nearly double an auto glass shop’s price.

Windshield prices for Ford Fiesta and Kia Forte from the late 2000’s are also comparable but much more expensive than the other two cars because of newer technology and windshield complexity. A 2010 4-door Fiesta’s windshield will run you $409 while a 2012 4-door Kia Forte’s will cost $415 / $302.

Compare the preceding prices for late-model smaller sedans to that for an earlier mid-2000 Land Rover: for a Discovery II 2004 with wiper defrost, the windshield will cost $520.

So there you have it. How much does it cost to replace a cracked windshield? Average bill ranging from $176 to $1,300 in our small sample! Given the number of variables, the range in pricing is surely no surprise.