Windshields (a.k.a. windscreens) are an essential part of any and all vehicles. When damaged, they are both an eyesore and make operation of that vehicle unsafe. Windshields are fully replaceable; however, there are several different windshield manufacturers from which one can choose. In addition to there being different manufacturers, they all make different types of windscreens for the same vehicle. These are known as OEM, dealer and aftermarket windshields.

Yet another word of caution is called for: sometimes Chinese-made glass is simply stamped with an American company’s name so it passes off as an American product. This is not a Chinese ‘imitation’ or forged item, but actually made per order placed by an American company! (An OEM vendor cannot engage in such practices for fear of losing its contracts and approved vendor status.)

There are several well-known companies producing OEM windshields, companies such as AP Tech, Pilkington and PPG. These companies have long been trusted by the major automotive brands to supply their windshields. An individual seeking a replacement OEM windshield can acquire one directly from their brand’s supplier.

Dealer windshields are essentially the same as OEM with one difference; the dealer symbol is emblazoned on the windshield. Thus, if the person were to go to a Honda dealer for their windshield, it would come with Honda written in a bottom corner. This is the true for all dealer windshields.

There are several companies who provide aftermarket windshields; these include SafeLite, Alibaba, and the like. These companies produce their own windshields and they cut these to fit the vehicle for which they were ordered.

Which Windshield to Choose?

Given the three main choices a person has to choose from, it can become frustrating to find the perfect choice for the vehicle. In order to make this decision, the car owner should consider the following:

Automotive professionals will often suggest going with OEM or dealer windshield replacement, regardless of the cost, out of the heightened safety that they offer. 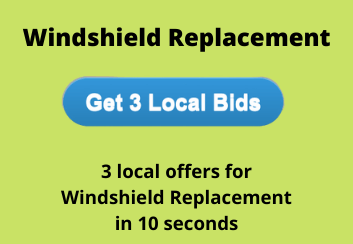